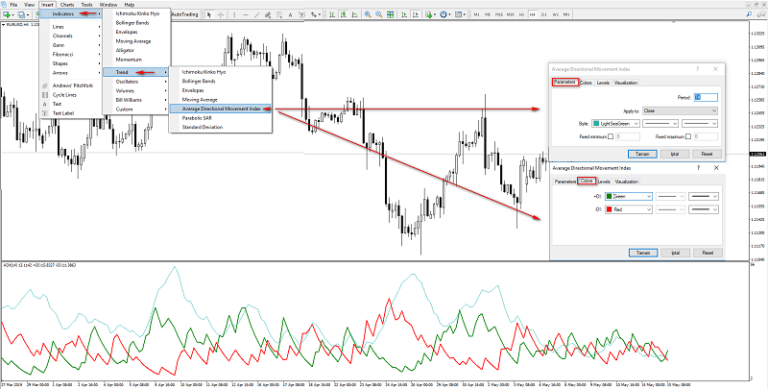 Standard Deviation is one of the most prominent methods used in a wide variety of areas, including statistical calculations. The Standard Deviation indicator, which is used to estimate the volatility of asset prices in finance, but not preferred in the Forex market, is formulated through a 20-period simple moving average.

To access the Standart Deviation indicator from the MetaTrader platform, you can respectively click on ToolBar, Insert, Indicator, and finally, Oscillator.

While uploading the indicator in the platform, the sections of Period, MA Method, and Apply To are included and each section has a critical importance for shaping the expectations regarding the related asset.

The Period section represents 20 for the indicator as the standard. In this section, the number of prices the averages of which will be taken must be written. These numbers can be revised according to the asset that is subject to trade.

The MA Method section is the type of average from which the price will be taken as well as the number in the period section. It is divided into four categories as; Moving Average, Simple, Exponential, Smoothed, and Linear Weighted. The trader chooses 4 moving average types as much as the number ranked in the period section and it is then formalized.  The main reason why these types differ from each other is explained as the difference of the calculations that are included in the averages.

Lastly, the Apply To section is calculated with the method preferred in the Method section. The average number of the related prices in the period section is taken. The most essential characteristic of the Apply To section is the freedom to choose the relevant asset price type. As the standard, the averages are formalized with taking the closing price as the base. However, there are a lot of options such as the opening price, the highest price, the lowest price, the median price as well as the closing price.

***Important Note: Period, MA Method, and Apply To sections differ according to the financial asset that is subject to trade and the time period considered for the trade. For instance, while the 20-Period Simple Moving Average and Standard Deviation can be successful in the daily graph in the USDJPY parity, it is not right to expect the same success in the 4-hour graph of USDJPY or in another asset. Revisions suitable for the asset can be made.

The standard deviation is calculated in statistical modeling as shown above. Now,  let’s use this calculation method in the indicator view.

Though the Standard Deviation indicator helps us see whether the volatility of the asset price will rise or not, like other indicators, it also should not be used alone. Because it allows us to see the volatility, it can provide more useful integrity, especially with trend indicator indicators. For instance, this indicator can be considered with Bollinger Bands. 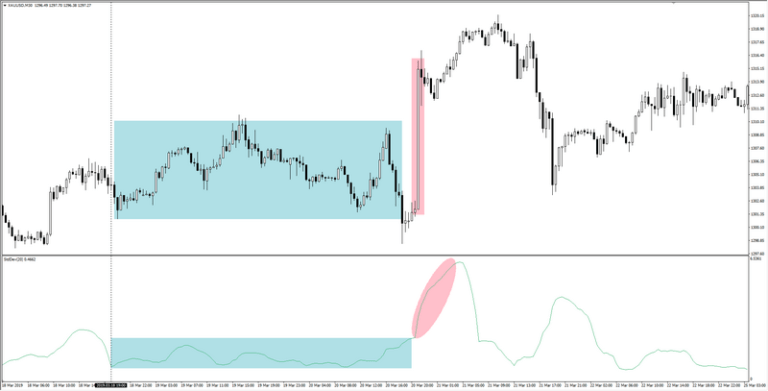 When we analyze the graph above, we see that the volatility in the blue rectangle is calm for a while but then it increases with the pink ellipse zone and the horizontal appearance of the asset price is revised positively. For this reason, in the interpretation of the relevant indicator, it can play a crucial role for us to see whether the volatility is weak or strong, and thus it plays an important role in shaping the expectation for the asset price. However, to remind again, it should not be used alone. Since it allows us to see the volatility, it can provide a more profitable unit with the indicators that show the trend. For example, this indicator can be considered with Bollinger bands.

Yes, You Will Get Arrested For Attacking An Inanimate Object